75th Anniversary of the GI Bill

Share your GI Bill story by submitting a video, now through June 22, 2019.

Whether your story involves getting an education, buying a house, or other VA benefits that impacted your life, we want to hear from you! Your story may appear on our YouTube playlist, highlighted on this page, or other VA materials. We'll be featuring "My GI Bill Story" videos as VA celebrates this important milestone. Submitting your video grants permission for VA to publish your story. No personal information, other than your name, will be shared with the public. #mygibillstory

Greg, a Marine Veteran used his home loan benefits to purchase a home.

Since 1944 the Servicemen's Readjustment Act, also known as the GI Bill, has impacted the lives of millions of Veterans and their families. The law provided a wide range of benefits to Veterans returning from World War II, including low-cost home loans, education and vocational training, unemployment payments, and an expansion of Veterans' health care. As we celebrate the 75th Anniversary of the GI Bill, we will tell the story of how this legislation has impacted Veterans and their families for generations.

The original GI Bill has long been considered an enormous success — by historians, politicians and economists — for its impact on the post-war economy following World War II and capital investment in our "Greatest Generation." The bill is widely credited with being a key contributor in establishing the American middle class, expanding access to education, helping Veterans transition from military to civilian life. 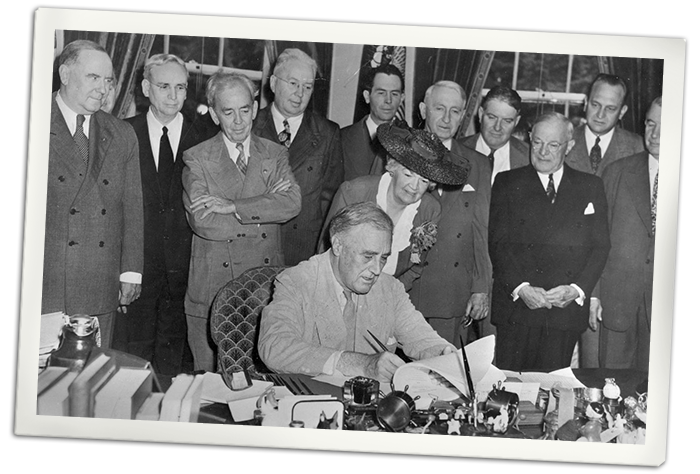 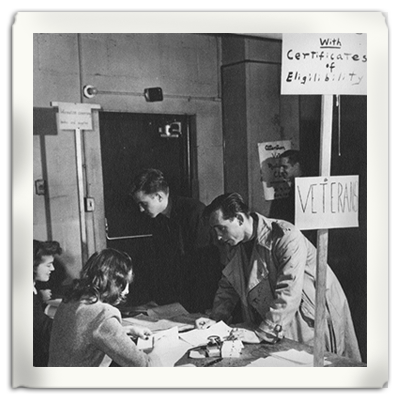 About half of the 16 million WWII Veterans used their GI Bill education benefit. The program was heralded as a success and a major contributor to stabilizing the post war economy and America's long-term economic growth. 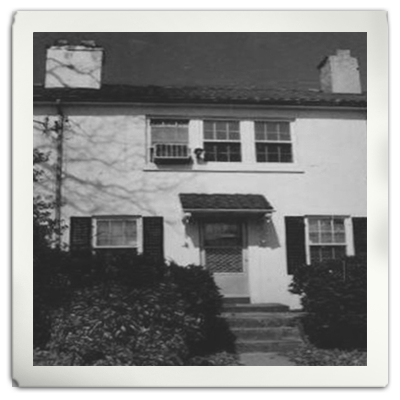 Nearly 24 million homes have been purchased by Veterans using VA guaranteed loans since this first property was purchased in Northwest Washington, D.C. 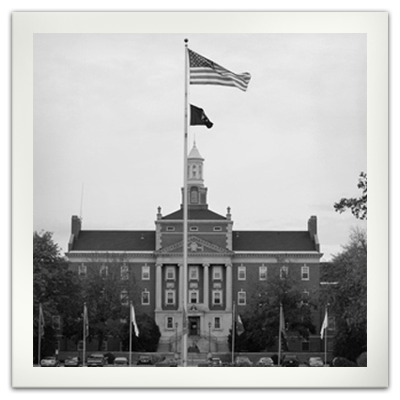 From the Montgomery GI Bill to the Post-9/11 GI Bill, VA offers a robust variety of education and training benefits to meet a wide range of education goals.

VA is working with schools, higher education organizations and other partners to ensure beneficiaries have all the information they need to best utilize their VA education benefits.

The law either transferred from the Army and Navy or provided funding for 101 VA hospitals.